There are several ways of drying your car. Drying the car with a microfiber towel is one of them. It is a very common one for detailers, because microfiber towels are easy to maintain and re-use, and they minimize the risk of swirls.

Why dry with a microfiber towel

When drying a car, you can do this indirect or direct. Indirect means that you dry the surface without actually touching it (like using an air blowing device). Direct means that you dry the surface by touching it (like wiping it with a microfiber towel).
By drying the surface with a microfiber towel, you minimize the risk of swirls and marring, and you remove the water safely. Water isn’t just made out of water alone. Tapwater especially contains calcium and magnesium, together with several other minerals and trace-elements. When the water starts to evaporate, these minerals and trace-elements stay behind. When you are working on a hot summers day, the sunlight can actually have a little magnifying glass effect within the waterdrop. This can add to the process that etches the minerals into the paint. Making them very hard to remove, and literally damaging your paint on a very small level.

The types of drying

There can be several minor differences, but in essence, there are 2 ways of drying your car with a microfiber towel.

Both techniques have there pros and cons. The situation might be the answer to what technique is most fitting.

There aren’t many steps. There are 2 main techniques described above that pretty much sum it all up.
However, there are a few things you need to remember when using a microfiber towel: 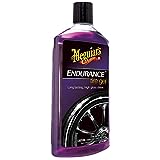